Go to the U of M home page 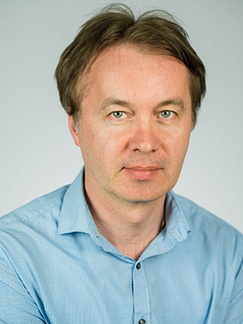 Department of Veterinary and Biomedical Sciences

The emergence and dissemination of human and zoonotic multi-drug resistant bacteria have become a growing threat to public health worldwide. To solve this growing problem, the discovery of novel cellular targets or pathways, important for intrinsic or acquired antimicrobial resistance of Gram-negative bacteria, is urgently needed. In our lab, we explore how the alternative sigma factor, RpoE (?E) and the regulator CpxR, protect the Gram-negative enteric pathogen, non-typhoidal Salmonella, against the toxic effects of the membrane disrupting antimicrobial agents.

Our second long-term objective is to understand the process of host adaptation of a broad-host range Salmonella. In other words, we aim to determine the molecular mechanisms which allow pathogens such as S. Enteritidis to invade and infect a wide range of food-producing animals, including mammals and birds, as well as humans. We believe that point mutations, including amino acid substitutions and non-coding SNPs, in the genomes of the broad-host range Salmonella, allow this pathogen to almost instantly cross numerous, physiologically unrelated host barriers and further cause invasion and infection of the host. Our research has a potential to lead to the development of new approaches in the treatment of the most important Salmonella serovars that can result in better control of this global food-borne pathogen.

Our research group focuses on the interactions between the environment, microbial pathogens and their hosts. In particular, we are interested in the host pathogen adaptation, the role of biofilms in persistence and transmission of avian disease-causing microorganisms. The other part of our research is focused on the extracytoplasmic stress response of Gram-negative bacteria in the emergence and dissemination of antimicrobial resistance.